The korean musician Dabit was in Brazil in October/2018, touring through several cities to show his music. Thanks to K-Experience we could get an interview to learn more about his job, and to know more intimately about his personal tastes.

We discovered he’s crazy about food, like us (most of Brazilians)! He’s already over qualified to live in Brazil! Stay, Dabit, we never asked you anything.

His real name is David Kim (Dabit is an adapted version of how Koreans pronounce “David”, due to the difficulty to vocalize the letter V. Interesting, right?!) and the Korean name is Kim Jeong-Wook. He was born in 5 december, 1989 and he’s a Korean-American solo singer. Officially debuting in december, 2013, his fandom name is “Dalbit”. He already worked as a MC in the radio program Arirang Radio, and now he intends to focus on his acting career.

His recent work, “Gimme Magic”, was released on february of 2018, and you can check it out below:

In this interview we met an attentive, funny and extremely sincere young man! Maybe he discovered the Ana Maria Braga or Vovó Palmirinha cooking program, traditional TV show hostesses on Brazilian TV. No, he did not become a fan. But he was interested in the diversity of Brazilian food.

We talked to with him in English, and we noticed some very strong language features. We believe you will also notice through the answers, which makes every conversation with Dabit even more interesting. Check all this below!

1) What does music mean to you?

Music means expression and i want my music to reflect my growth as a person and as an artist. So I think music is basically my life.

2) As an artist, which message do you want to deliver to your fans?

Just… thank you. Thank you so much for supporting my music. I mean, my artform basically relies on my fans and my listeners to actually interact with me, and like, give me lots of love, and that is something that  you don’t get to experience everyday. So I’m always very thankful, without them I would be nothing.

5) In what age did you realize that you wanted to pursue art career?
I think I knew that I wanted to become a singer from maybe like 12 years old? Yeah, I think around 12 years old, that’s when I received my 1st album, as a present, because before then I had to steal all my brothers albums and listen to their music. My brothers… so embarrassing! They had like, Ricky Martin? (laughs). So I remember I was like “she’s got the superstition”, you know? “Livin’ la vida loca”, those kind of songs, I learned that, ahn, Backstreet Boys… but then the first albuns I got were Kpop songs.

6) Do you have some hidden talent?
I can kind of cook. (laughs) I know they [the fans] know I like to eat, but I also enjoy cooking a lot. I’m not gonna say I’m really good, but I’m pretty good.

7) What went through your mind when you got the news that you were coming to Brazil?
First I thought “who in Brazil knows who I am?” (laughs) because I really didn’t think anyone would really know me, but I was very surprised that there were a whole bunch of people who would actually come to see me and, yeah, it was very surreal. But, yeah, I was just shocked, that was the first reaction, I was like “really? Are you sure?”. I was waiting for it to be canceled, because I thought they were gonna be like “oh, no one wanted to come”, but, like, it was amazing! I met so many cool people.

8) During your free time here in Brazil, what did you do? Like, did you visit some places…?
We didn’t get to visit too many places, but when we did have free time… I just actually watched some TV. ‘Cause you know, I didn’t even know what I watched, I just flipped the channels and I was like “oh, ok, this looks interesting”, and then I watched that… But, there was like this cooking channel, and apparently is like the oldest… there was this old lady. She wasn’t too old, like maybe 50, 60? But apparently she’s like the oldest cooking show person.
I mean, cause I love food, so obviously I went to the cooking channel and then I was caught up in that. But, yeah I tried to look at that and I did a lot of “people watching”. I went to Starbucks and I just looked at people. I just like stared at them, and they would stare back at me and they’d get creeped out… but yeah, i love people watching and seeing the different types of energy, ‘cause this time around, since I was very tired, I didin’t want to move around too much? So I did things where I could sit down.

9) This is the last city on your tour. Overall, how was it?
The tour was very busy, but thankfully I think, because you know, all of my supporters have been so thoughtful and so energetic, I got so much energy from them. And each performance even if I was tired, even if I thought I was getting sick or something, I was able to give it like my 120%. And I feel like there’s nothing I regret about, you know, giving my all to them and them giving their all to me? So like, yeah, It was just a blast, I had so much fun coming to Brazil, and I hope that I can come back again.

We invited Dabit for a quick chat-quiz and he readily accepted. It looks like he had fun, because some answers were immediately answered, and others were calmly thought out.

Favorite color: Orange
Favorite animal: Black panther
Favorite icecream flavour: Pecan Praline
Favorite movie: Monsters University
A song that never leaves your playlist: Right now I’m gonna say… Right now I’ve been listening a lot to Yebba and her song “Evergreen”. She did a collaboration with Sam Smith, but she finally came out with her first solo single and it’s called “Evergreen” and it’s like one of my favorite songs. That’s probably like one of the only songs that I got emotional listening to, ‘cause it was like so wonderful.
A good memory: The food in Brazil!
An advice: Know what you want and work your hardest to get to where you want to be.

Thank you KEX for ensuring us this interview with Dabit. We also appreciate the singer’s production for allowing this conversation. Last but not least, we thank Dabit for sincerely answering our questions and sharing with Brazilian fans a bit of his talent, work and personality! 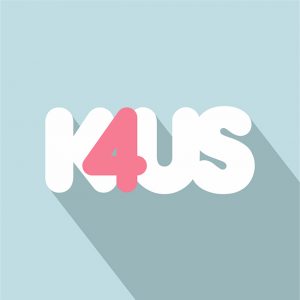